Here we are, more Pannier shenanigans! This time it’s a personality swap! A few of the 94xx’s had tank fillers in different positions, a couple of feet further back than normally associated with the class. There’s not many of them but as fate would have it, the one I’ve chosen to do…. 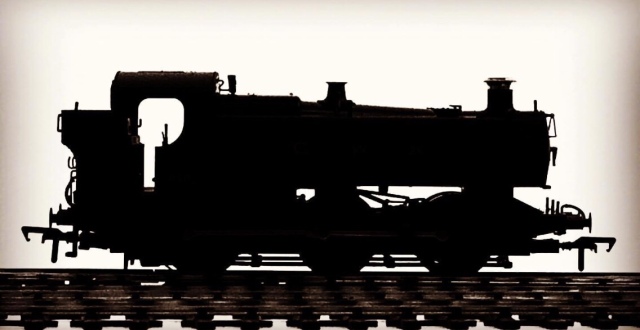 The start point is the excellent Bachmann 94xx and the project will turn out 9401 as trialled at the Eastern Regions Stratford Yard in East London.

By chance again, today saw the arrival into the mancave of the 16xx Model Rail/Rapido collaboration and its interesting to see the difference between the two types.

Fascinating to think they were both built and operated pretty much concurrently.

There are parallels in so much as they were built in numbers whilst their diesel replacements like the 08 above were also being constructed simultaneously, and both 94xx and 16xx had very short operational lives. The 08 in contrast has had an extraordinary success story still in ‘mainline’ use today, 68 years after introduction to service!

The other thing all three models have in common is they’re getting makeovers to varying degrees!