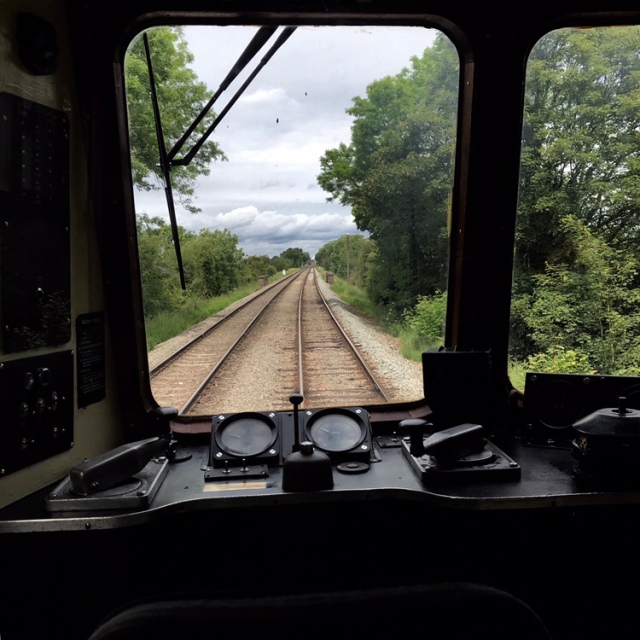 This weekend it’s the Great Central Model Railway show centred around operating real trains, and the Model Railway Exhibition at Quorn station. It’s the first time I’ve been as a punter and for £23.00 including all day parking very good value for money I thought. I’m not into preserved railway lines at all so this was a pleasant change, and the opportunity to get the drivers view out of the rear of a Class 101 DMU and inhale huge amounts of diesel fumes!

I did take the opportunity to catch up with some friends in the trade, and saw a couple of things of note on the Peco stand. Firstly the prototype medium radius Bullhead point was on display.

It looks the same overall configuration as their existing large radius point and will feature the unifrog design. 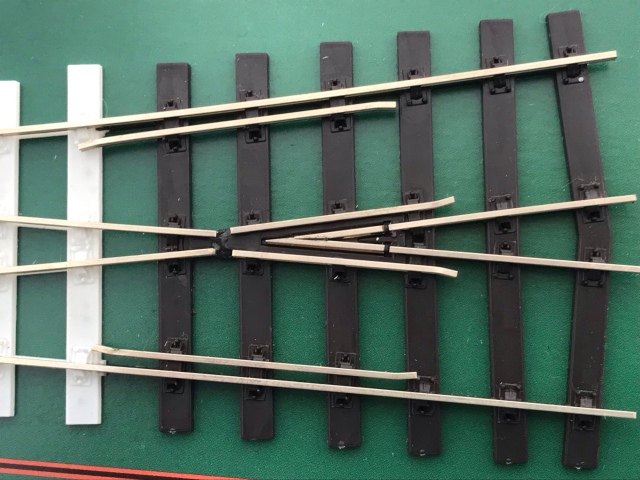 The toe of the point and tie bar again appears to be of the same type as the existing large radius, with a single piece point blade joggled into the running rails. 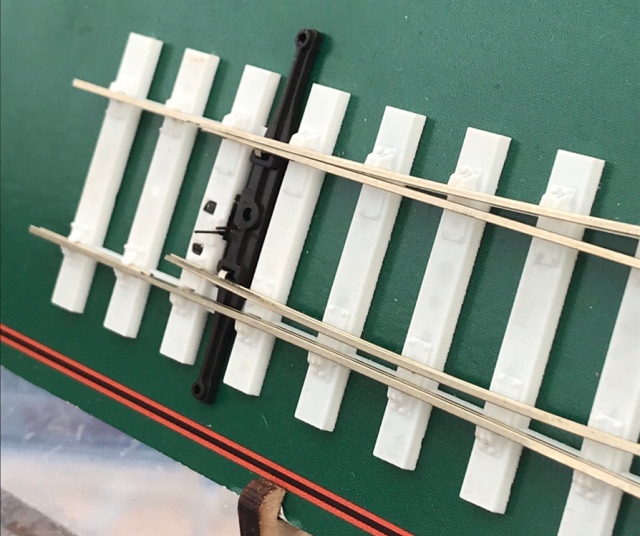 I didn’t ask on delivery times, but as the crossings and slips are I believe estimated to be available at the last quarter this year, I’m expecting these to be 2020 release. If I can get delivery updates I’ll post them here in due course.

Next a pleasant signal box surprise from Peco, rather than Ratio or Wills. This kit going into the Peco Lineside Kit range as LK-201 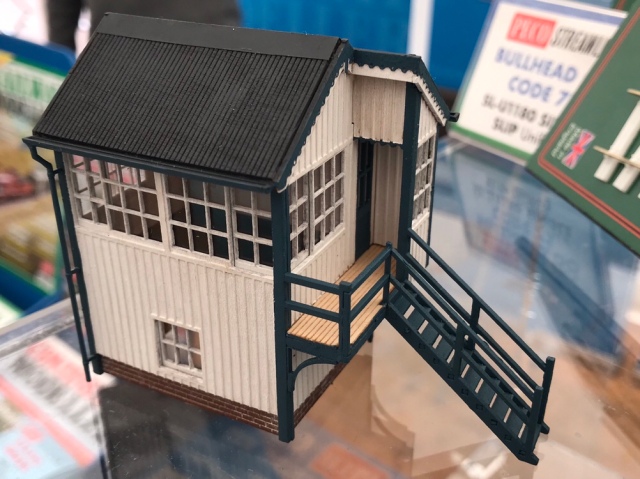 This is a Highland Railway Signal Box in 4mm scale. It certainly captures the look and feel of a highland box and tooling/production well under way, and I think will prove very popular. 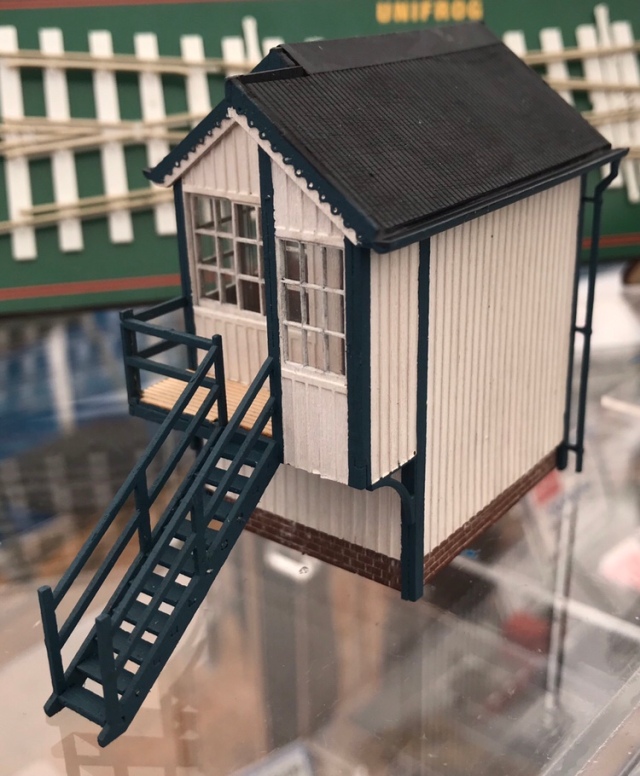 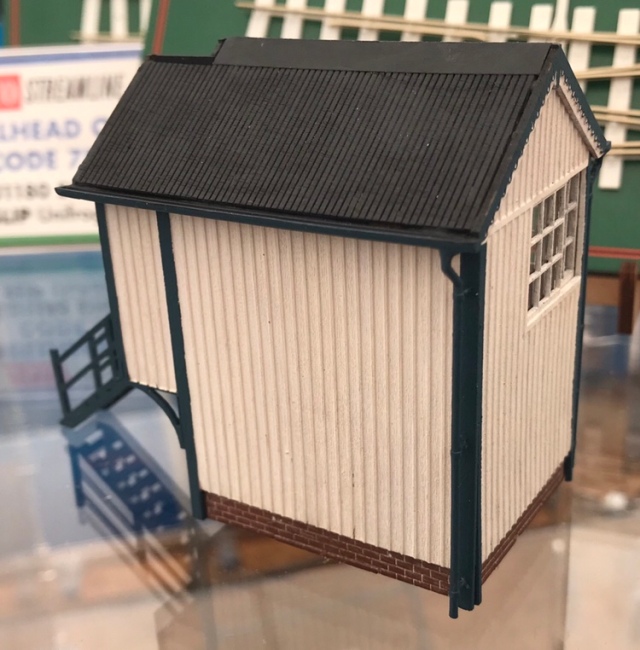 Delivery on this one expected later this year it’s also got that light railway look, so I expect to see a few variations of it around as modellers modify the base model. The GWR wartime brick built Signal Box development model was also in evidence and a early reworking of the LNER grain van from the Parkside range in 4mm scale. 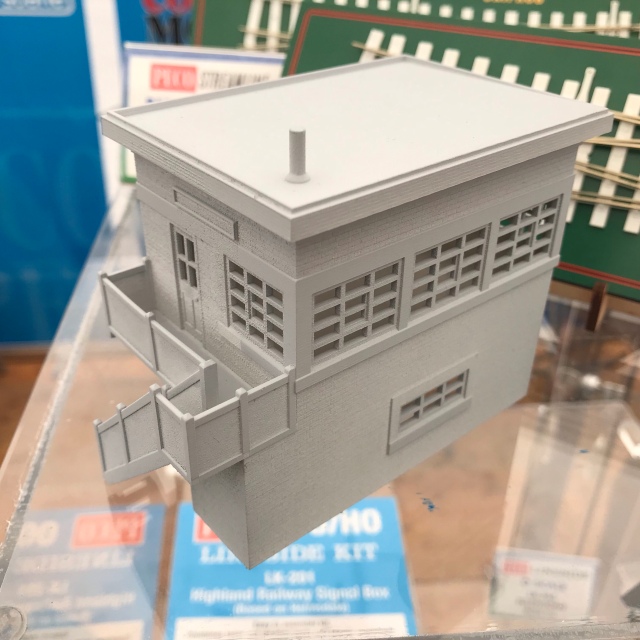 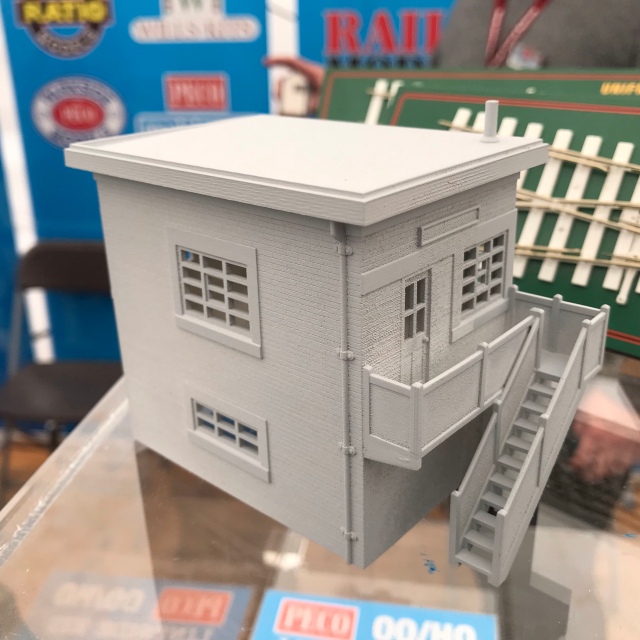 A little further up at the Dapol stand two things caught my eye, the first an early decorated sample of the 7mm 14xx tank locomotive. 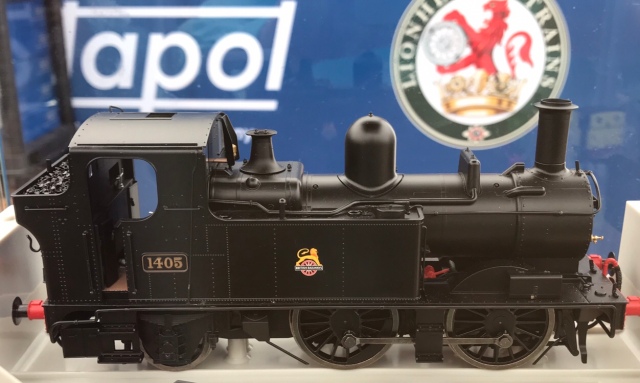 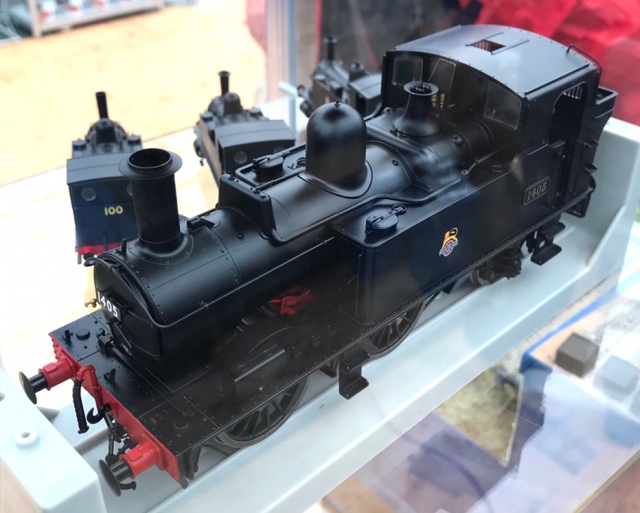 Like the Peco Highland Box earlier this model captures the character of the engine very well. Unlike their 57xx the inside valve gear is rigid for the 14’s, however the static representation is very promising. I can see this model being bought by people ‘just because!’

The next thing which caught my eye was a 4mm OO ex LSWR B4 tank locomotive in their ‘not quite perfect’ sale. These are items that have minor blemishes or problems that can be fixed with a bit of application, or ignored! 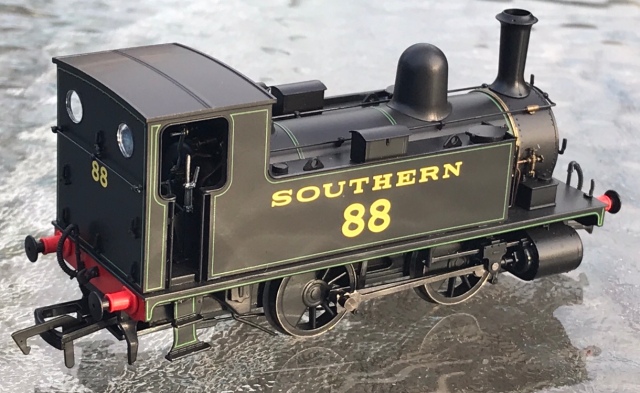 The fault on this example is the cab steps not being quite square. The running is impeccable, the lead axle having a rocking compensation, and worth a closer look in the future. There’s some really good small engines available at the moment, this will be converted to an industrial locomotive, with a simple repaint for a future ‘Shelfie’ project.

If you’ve got time today or tomorrow, this exhibition and rail riding combination, makes for an interesting day out.