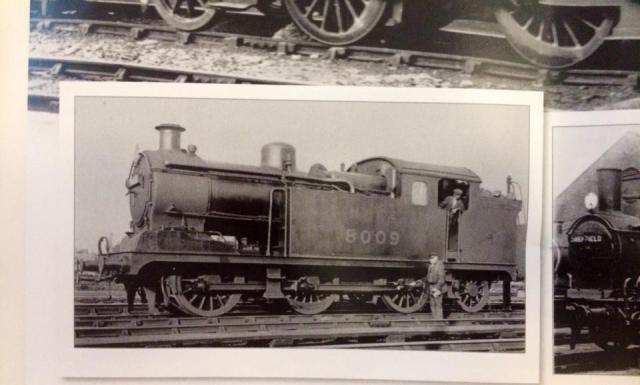 Today (24/02/2017) Oxford Rail announced a package of new products, of approximately 170 new items, 64 of them were rail related items. Of note for me were four items in particular, the GER/LNER/BR N7 0-6-2T, the BR GLW 35T A and B tanks, ‘Warwell’ tank transporting wagons and the GWR/BR AA3 short wheel base Toad brake van.
The N7 is expected 4th quarter 2017 and will be available in DC at £109.95 and DCC sound fitted at £219.95. Three liveries are being produced initially Great Eastern, LNER and early British Rail. The class had a number of variations through its career, with round top and Belpaire boilers, condensing equipment fitted to some, and variations in side cab window size/shape/position and bunker steps/rails as four varieties off the top of my head. Oxford have identified eight significant variations of the type and currently are proposing to include five variations in due course. With these different versions, the tooling is being designed and made to accommodate different detail mixes at the outset. The motor will be of a five pole type rather than coreless.

The GLW 35T tank wagon makes its appearance in Oxford’s range with original and revised suspension designs catered for in both ‘A’ and ‘B’ tank versions. Delivery is expected 3rd Quarter with a retail price of £19.95, this price bringing them in below Heljans prices for the same vehicle. When asked about the duplication the response was that this model had always been in the long term plan for the range, hence the go-ahead.

Warwells join the range, based on the 1942 design. These will cover the original as built version, modified version in BR era liveries, and the more recent MOD rebuilt version. First deliveries are anticipated in 2nd quarter with a price of £29.95 per wagon. Some will be available loaded and there are bulk packs of three also projected. The EP’s looked crisply molded, and will come supplied with tie down chains as seen above. 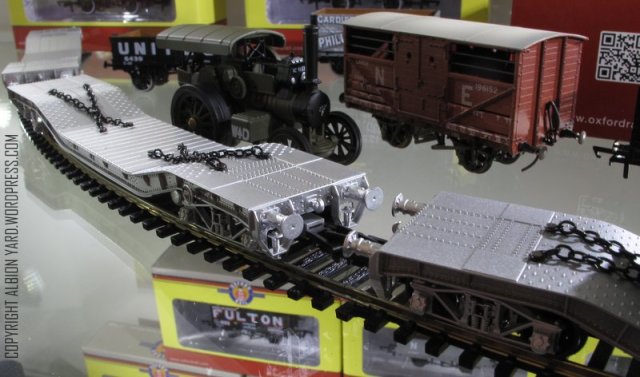 Last but not least is the short wheelbase Dia AA3 GWR brake van. Four varieties are being produced two of each in GWR and BR liveries. One GWR version is offered in fully planked sides and the other three depict the plated veranda and bottom side/end version. Great Western liveries are for Acton and Paddington, BR liveries, Basingstoke and Bala.

Of the totally new products the Warwells were the only hard copies available to view, the other items still being in development. For the contemporary modeller there is also a Land Rover Road Rail Defender 90 to be released in BR, Railtrack and Network Rail liveries. This is an unmotorised model, so there’s a challenge for someone!